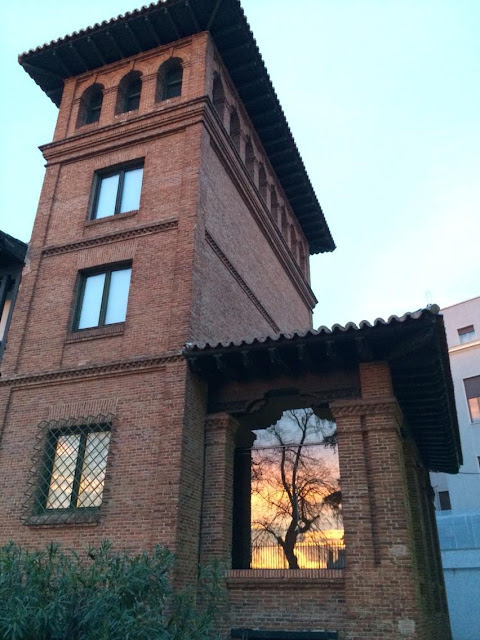 This past semester, I lived in an academic residence in Madrid called the Residencia de Estudiantes. I knew that in its early days it had been a residence for young students who had gone on to be the leading intellectual lights of Spain’s 20th century, but I didn’t know all that much about the background of the place until I brought my cultural history students there for a field trip that the original professor had planned for them. As it turns out, the development of the Residencia was a poignant and practical response to clear, present threats to academic freedom and free expression that came about in the late nineteenth-century in Spain, restrictions that sound an awful lot like many things that the American academy is facing today, such as the proposal in Wisconsin, which would enshrine in state law the abolition of tenure and the intellectual protections that tenure affords.

An 1875 Spanish law stipulated that nothing that was taught in a degree-granting university could contradict the tenets of the Catholic Church or demean the monarchy, the kind of broad, overarching, blanket prohibition that could be used to stifle virtually any kind of dissenting or “dangerous” or unpopular idea. Almost immediately, a group of progressive academics fled Madrid’s historic Complutense University and founded a kind of independent college called the Institución de la Libre Enseñaza, the institute of free education. The institute was based on the educational principles of Karl Kraus and promoted the idea of free, unfettered, and broad inquiry. By 1915, the ILE had opened a residential center, which was inhabited by the students who would become the vanguard in scientific and humanistic fields in Spain for more than a generation, including Federico García Lorca, Miguel de Unamuno, Salvador Dalí and Luis Buñuel. During the Spanish Civil War, the director succeeded in having the Residencia declared to be a neutral zone in Madrid, and so it attracted many more intellectuals, dissidents, and liberals who used it as a base camp from which to plan their escapes from the country.

Government agencies meddling in the curriculum and the broad principles of research and teaching, and religious organizations seeking to tailor curricula to suit their dogmas, necessitated the creation of a separate institution where open-minded people could teach and learn. I am doubtful that, in our credential-obsessed society, such an endeavor would work today in response to threats to free inquiry. Nevertheless, it is an instructive model to keep in mind as a radical way to respond to threats to academic freedom, and perhaps also useful as a reminder that nothing is ever really new.

*The title of this post is drawn from a conversation that is ongoing on Twitter in response to the Wisconsin situation and all the potential implications, with the hashtag #WhyTenure. This post is clearly not a defense of tenure or an exact response to the question, but is an ancillary issue.
Posted by S.J. Pearce at 12:01 AM