The Vital and the Moribund in the Jewish Middle Ages

The final book chapter that I'm writing (which is not the last chapter but is, in fact, either four out of five or five out of six, depending on how I'm organizing it on any given day) is a reception history, which means that it takes me far out of my comfort zone and area of expertise, both geographically and temporally, as I am looking at how late medieval European readers tried to contend with a Hebrew that was Arabic as much as it was Hebrew.

So I'm doing some basic reading in areas adjacent to my own to get myself oriented, including the relevant chapters in the Oxford Handbook for Jewish Studies, an authoritative volume that lays out the contours of various subfields and provides ample bibliography.

In the chapter on rabbinic literature, authored by Israel Ta-Shma, one of the grandees in the field of Talmud, I found this gem:

"A unique characteristic of halachic literature, which sets it apart from other areas of creativity, is that a large part of it, perhaps even all of it, has not become outdated, so that it continues to serve the rabbinic scholars in yeshivot then as now with the same remarkable degree of vitality. The other areas of rabbinic creativity, as with other areas of medieval scholarship in general, serve only students and scholars of medieval culture."

People wonder why I don't enthusiastically embrace Jewish Studies as my intellectual home. It's that attitude, precisely, and its pervasiveness and authority that does it. It's being told over and over again that the literature and philosophy of medieval Jews are both less than and useless and boring, the same kind of things that a modernist or a lay person might be expected to say. It's the sense, when the humanities, and the pre-modern in particular, are under attack for being fusty and useless, that Jewish Studies is a field that provides no refuge for someone with my interests and of my particular intellectual profile and is instead one more corner from which to be assailed.
Posted by S.J. Pearce at 12:53 PM 2 comments:

Email ThisBlogThis!Share to TwitterShare to FacebookShare to Pinterest
Labels: jewish studies, the academy

Found in Bobst's copy of the English translation of Judah of Regensburg's Sefer Ḥasidim. 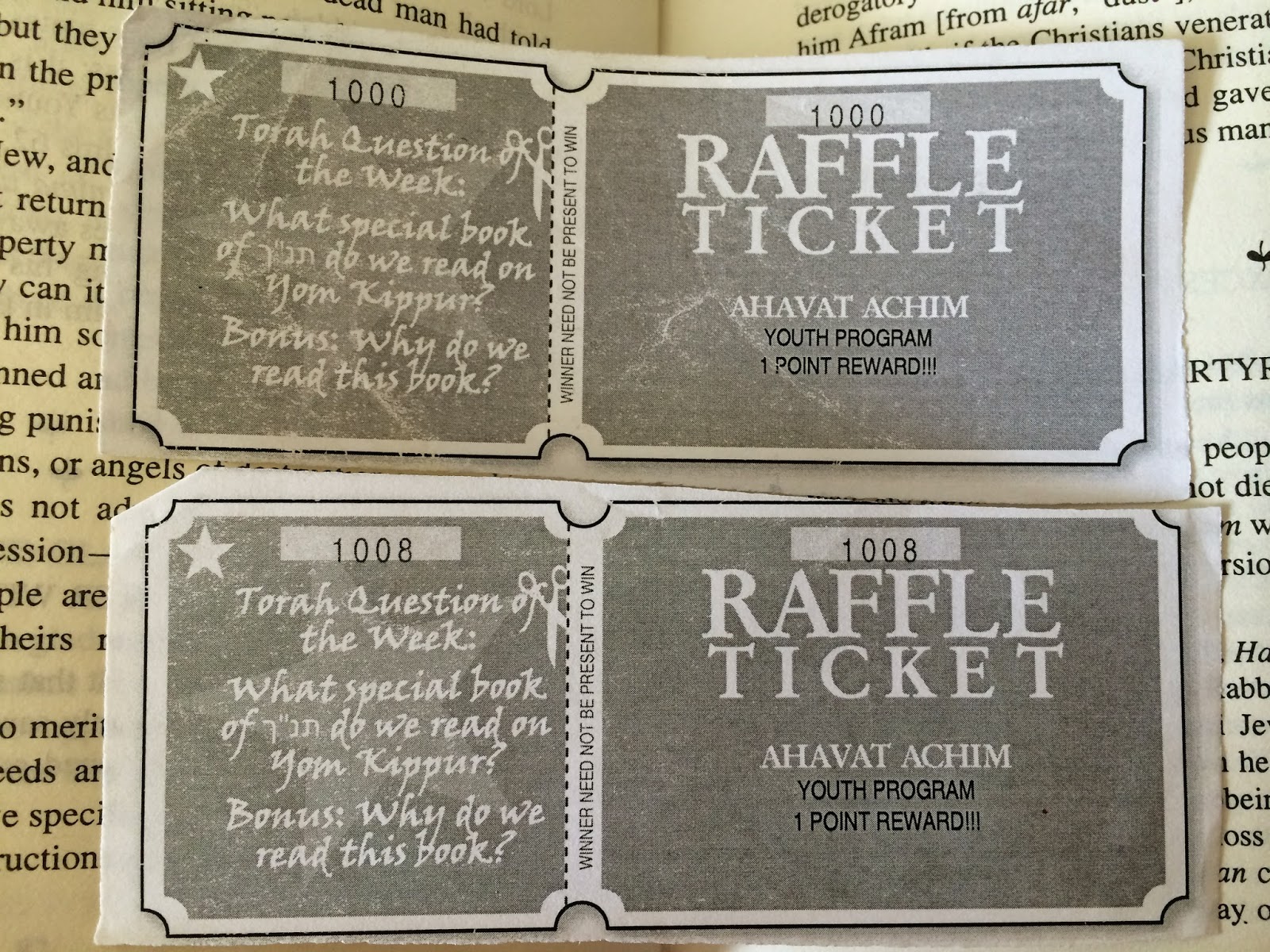 In admitting that I don't like the wildly popular Humans of New York project, I feel like I'm vindictively telling a room full of children that Santa doesn't exist while kicking their puppies off my lawn: curmudgeonly.

That said, I don't like Humans of New York.

The web site gave great publicity to a cause that's important to me when it published the photo of one of the leaders of the Save NYPL group: 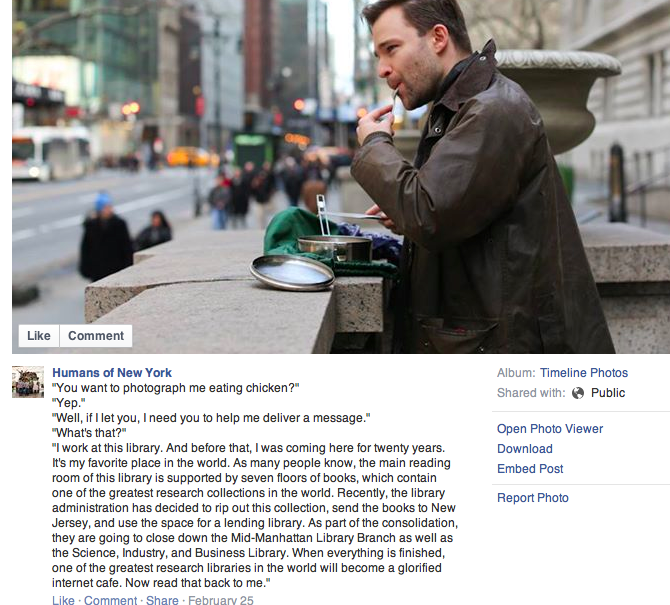 However, I don't think that the guy who runs the site is a great photographer from a technical perspective. And so many of his photos are in the same locations, and so often is that location Washington Square Park, a veritable mecca of one certain type of New York weirdo that one gets the impression that he's hardly trying and that he's never going to catch a cross-section of New York. Perhaps that's too great a demand to put on one photographer, but it's a mantle he's assumed for himself.

On the one hand, somebody said of Henri Cartier-Bresson that anyone who took that many photos was bound to get a few good ones. But on the other hand, part of what makes August Sander's archive of man project so great is its clean technical aspects. That is all to say, you might get good photos by sheer volume, but being good at it, having a good eye, and having a broader vision all help.

He's also not a great interviewer or editor. He gives a snippet of conversation that he had with the subject that sometimes is sufficient but more often comes off as cryptic and vague. They're intriguing soundbites that don't tell a story.

He's now on a world tour sponsored by the United Nations, and his work has moved from a little irritating with occasional flashes of insight to deeply discomforting. It's not the good, productive kind of discomfort that should come from art that you can sit with and develop and contemplate. Rather, it's the discomfort of being made an uncomprehending voyeur as an accomplice of the gaze of the artist. It's photography of the obscene circumstances of human suffering without the kind of self-critique that Pasolini applied to it.


There is so very much wrong with this image, shared on the HONY page on Facebook, and the snippet of interview that accompanies it: 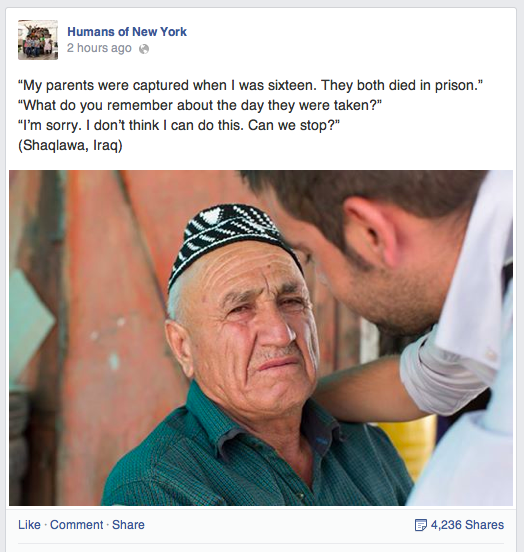 You can't simply waltz into a place and expect people to open up to someone coming from the country that so directly contributed to the current mess and from the wider culture that created the circumstances of the broader historical mess. It reflects a weird sense of entitlement without any kind of meaningful cultural understanding or engagement. The photographer ruined an old man's day for what? What does this photo accomplish? What's more, the interviews are obviously mediated through a translator, and there's something off about the translation; the phrase "I don't think I can do this" is so very Anglo-American sounding that it's hard to trust the accuracy of the "reporting."

The conceit that street portraiture in New York City is the same as photojournalism in a war zone is so breathlessly naive and simultaneously dehumanizing. Because his subjects are not identical to those he knows at home, all they can be is victims of war and nothing more. 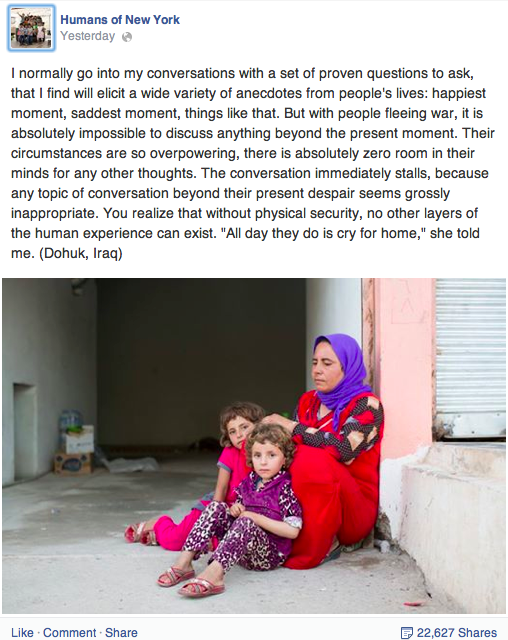 Additionally, because the trip is being sponsored by the UN, it's not journalism but instead fundraising and/or publicity for an NGO; and I'm of a mind that NGOs that work with vulnerable populations shouldn't use photos of them in their publicity materials.

So far he has been in Iran and Iraq, and the images and captions he is sending back are a grand project of neo-Orientalism starkly in the tradition of nineteenth century portraiture.

He gives a helpful lecture to one of the benighted natives to inform him that he shouldn't feel ashamed because taxi driving really is a noble profession. Subtext: a noble profession for savages that maybe the next generation can escape. 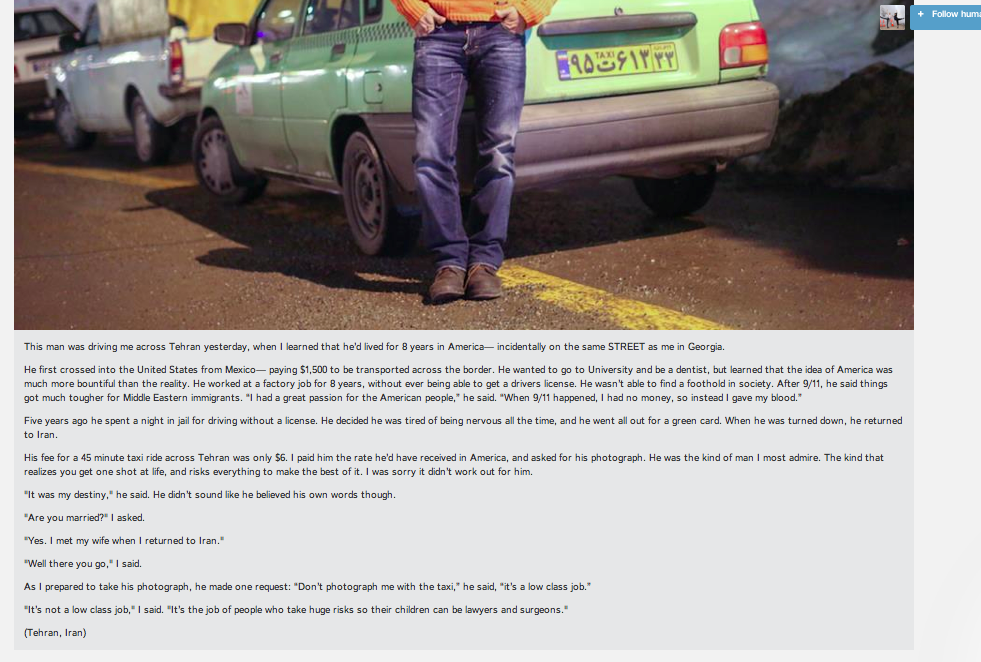 He subsumes all of these people into the sentiment of a single one of them, without identifying whose aspiration it is that he is transmitting; in giving a voice nonspecifically to one of them he does worse than depriving the rest of the same. 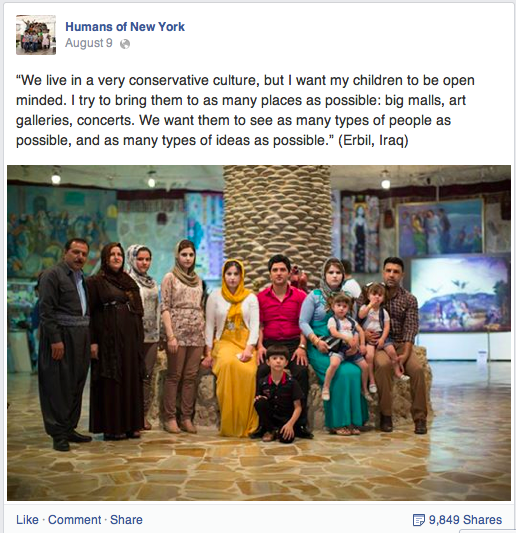 A lot of the comments left on the photos are from people saying that they never realized that people in the Middle East didn't all live in dusty tent villages and that this is the first time that they are seeing people in the Arab world and Iran humanized. That's all the more reason that it's important that this project not happen through such an Orientalizing lens.

I was looking up the Judaeo-Arabic word רופיי. It was, as is sometimes the case, a multi-step process.

Unhelpful. And now I'm going to have the song lyric  !الروف، الروف، الروف مشتعل stuck in my head, in Arabic, for the rest of the day.

Next I turned to Joshua Blau's dictionary of medieval Judaeo-Arabic texts. It is a remarkable addition to the research tools in my field, but it is also seriously incomplete, as it is based on a corpus of the texts that Joshua Blau has edited.

R-W-F reminded me that the middle radical can sometimes change to ',  pointed me to R-'-F, and remarked to see section 97 of Blau's grammar for a discussion.

R-'-F reminded me that the middle radical was originally W,  pointed me to R-W-F, and remarked to see section 97 of Blau's grammar for a discussion.

Finally, under R-'-F in Hans Wehr, a possibility:

But, no, the orthography is still not quite right. There is sometimes slippage with one weak letter dropping out of a doubled pair, but that seemed unlikely in this case, as one of the Ws is the seat of a hamza on top of the fact that apparently, this word is unattested in an adjectival form ending in -Y, as the orthography in the document in question has it.

A small eternity later, I realized that the word, appearing on a salary table from a Jewish community in modern India, is "rupee." 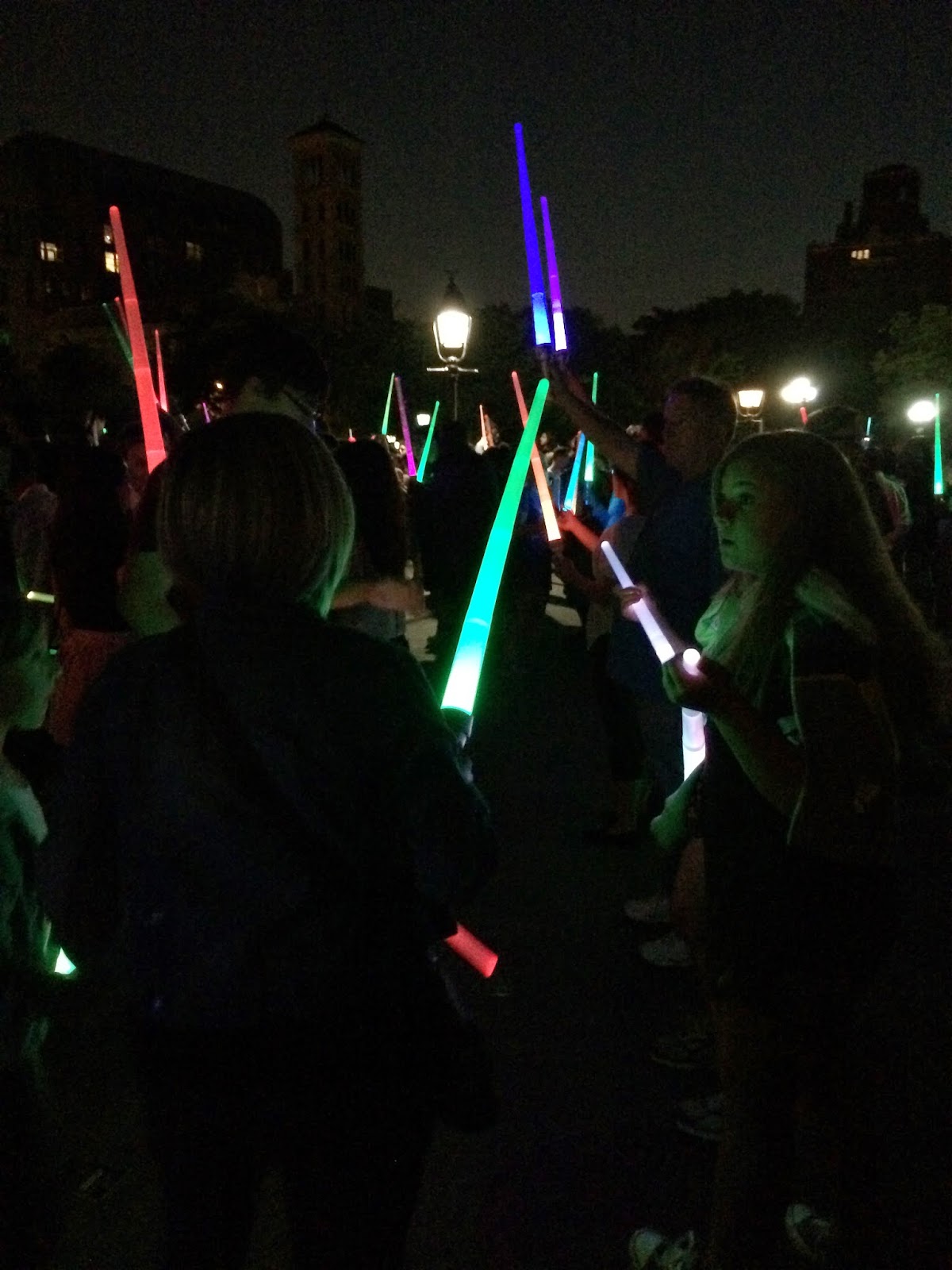 Bring Your Own Lightsabre to Washington Square Park Night. Natch. 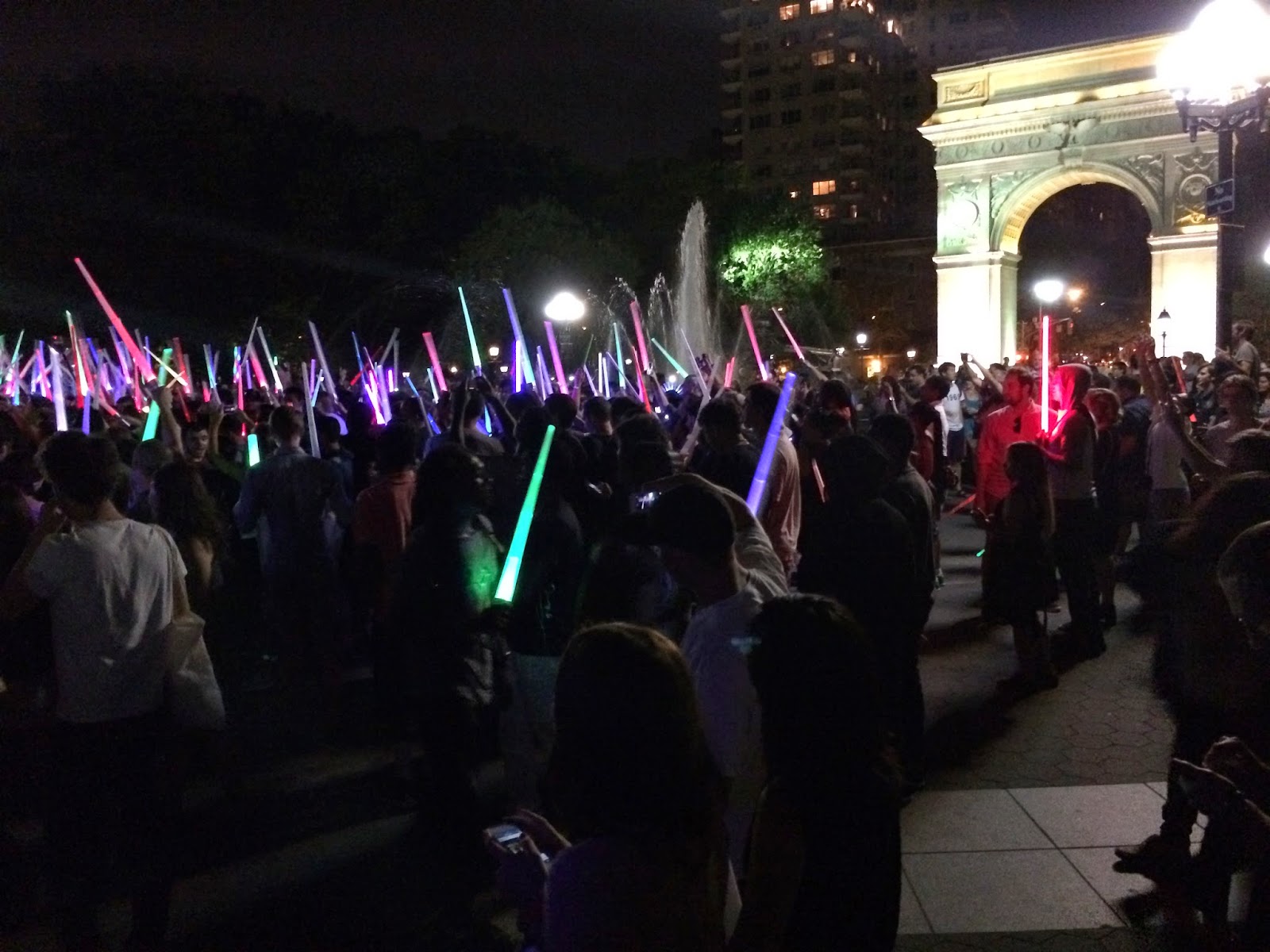 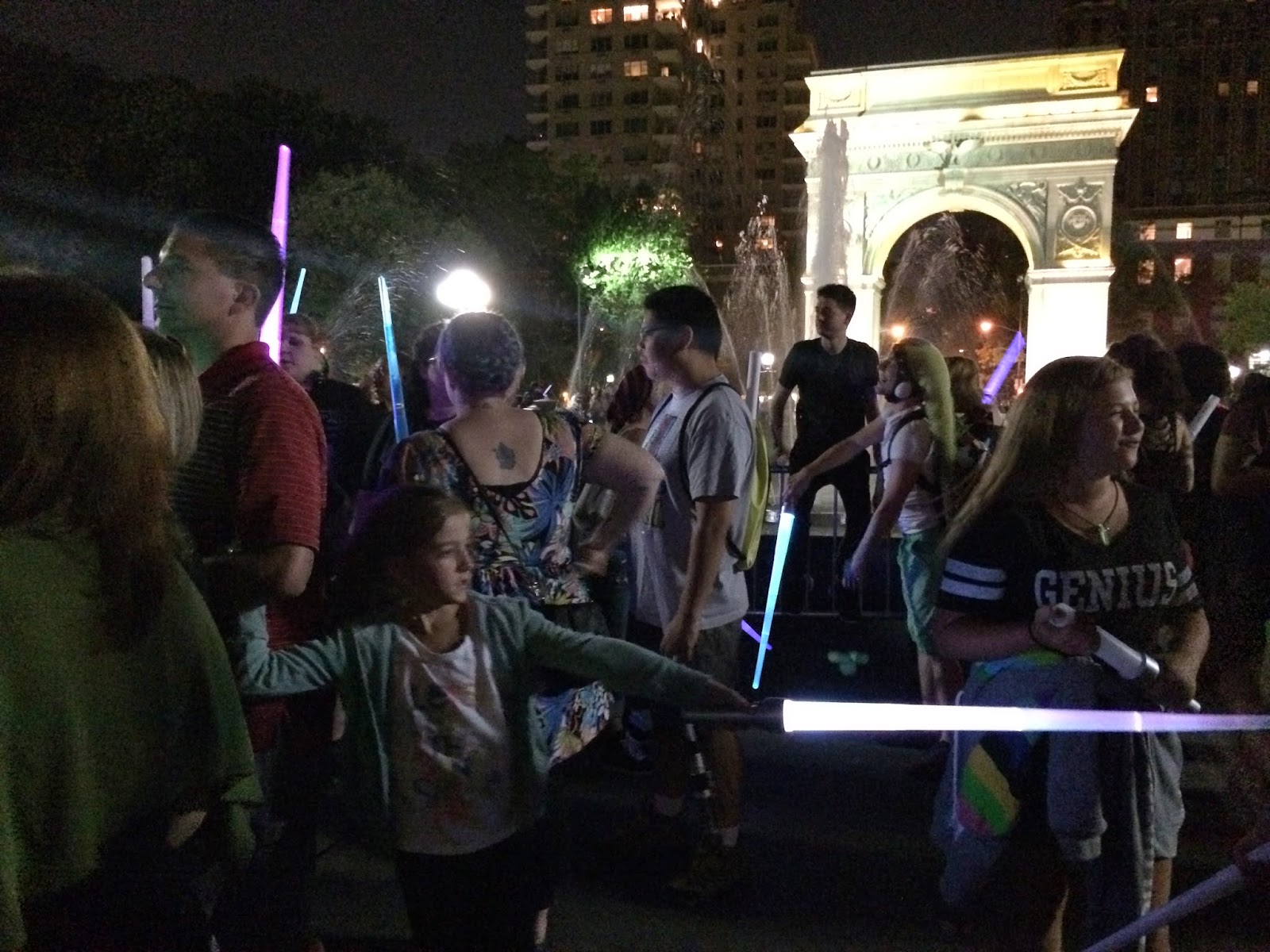 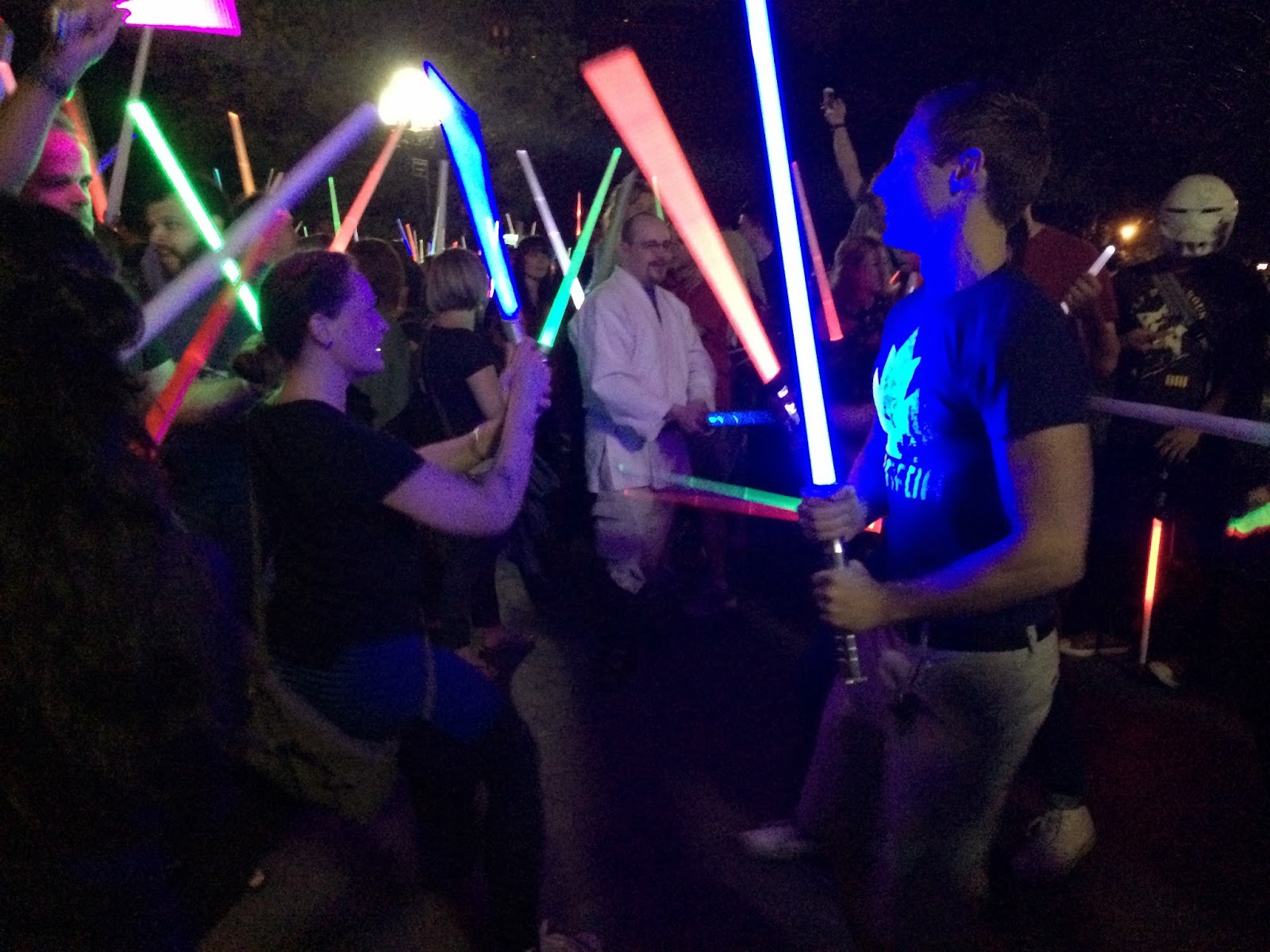