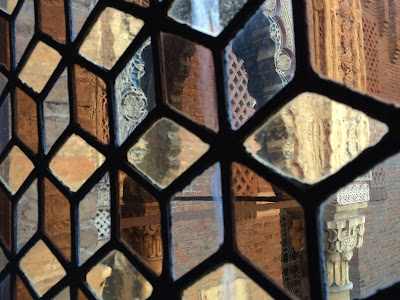 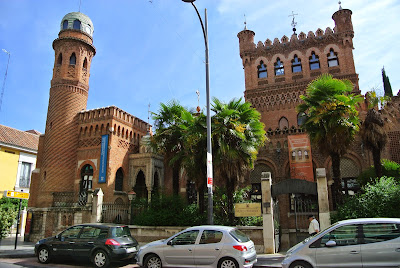 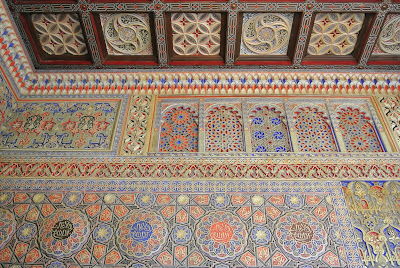 According to the tour guide, the Duke died in penury, and there was a trap door in his study that allowed him to escape up into the "minaret" to hide when he saw his creditors coming. 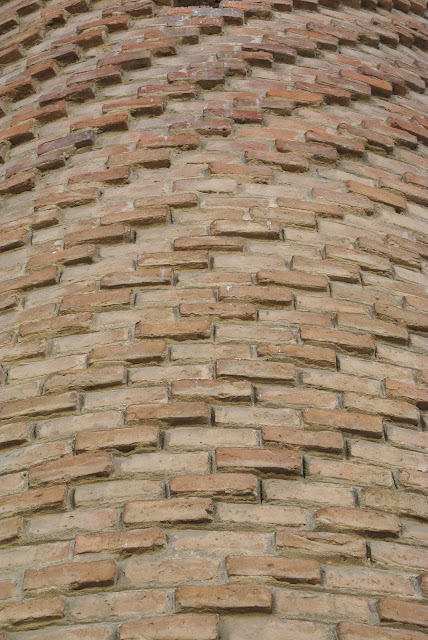 The palace is now home to the Cardinal Cisneros Museum: 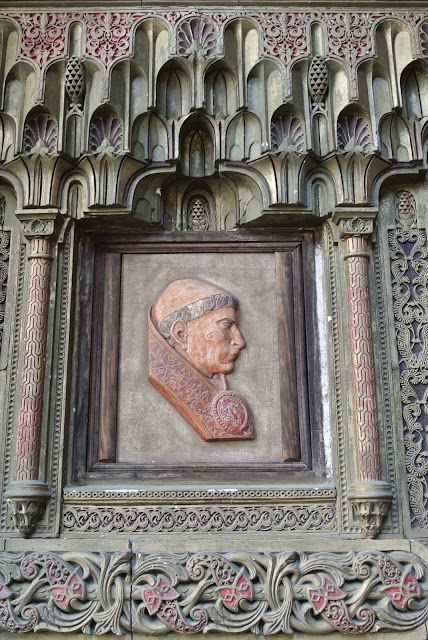 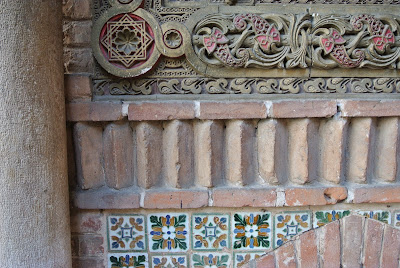 I loved seeing the juxtaposition of a classic Liberty of London-patterned wallpaper against the neo-Mudéjar ceiling. It illustrates the aesthetic coherence of the near-simultaneous rise of Art Nouveau and Moorish Revivalism in the late nineteenth century. 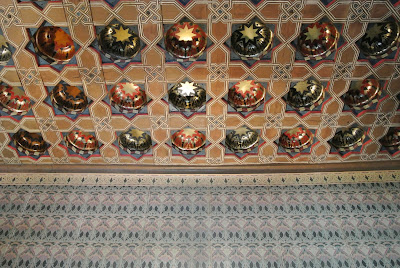 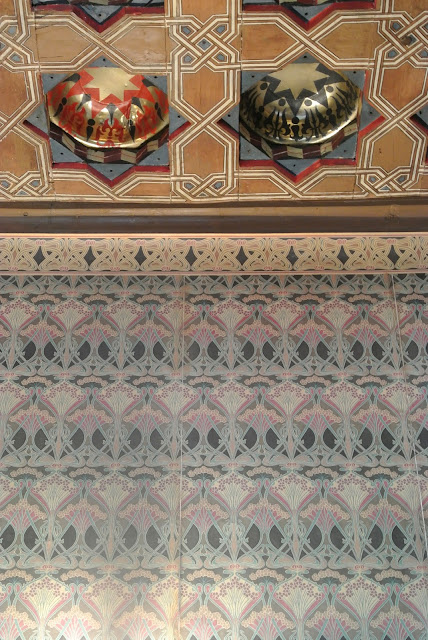 The smoking room was designed by some of the people involved in the "restoration" of the Alhambra and features a statue (which the tour guide claimed was life-sized) of Isabel I. 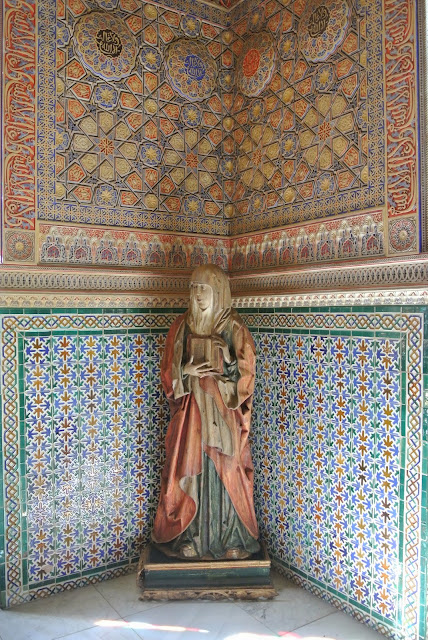 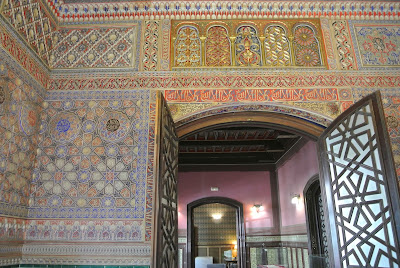 For a very good overview and discussion of this design sensibility in the contemporary period,  take a look at the last two chapters of Mariam Rosser-Owen's Islamic Arts from Spain. 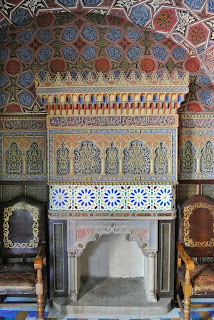 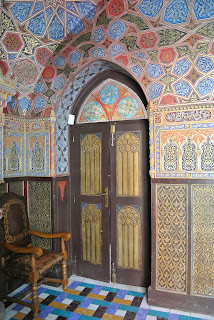 The building was built just about coetaneous with Grand Central Terminal in New York, and you can see it in the ceiling of the salon, held up by walls festooned with portraits of important kings and queens. The rib of the ceiling vault was pulled out of a late-medieval villa. 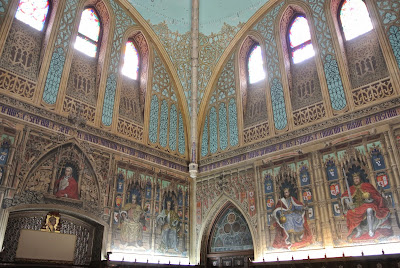 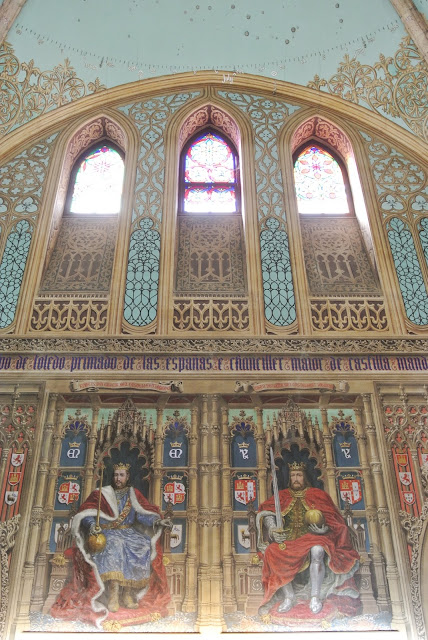