The One Where I Get Kicked Out of Church

This church, to be precise, the one in the Convent of the Barefoot Trinitarian Sisters: 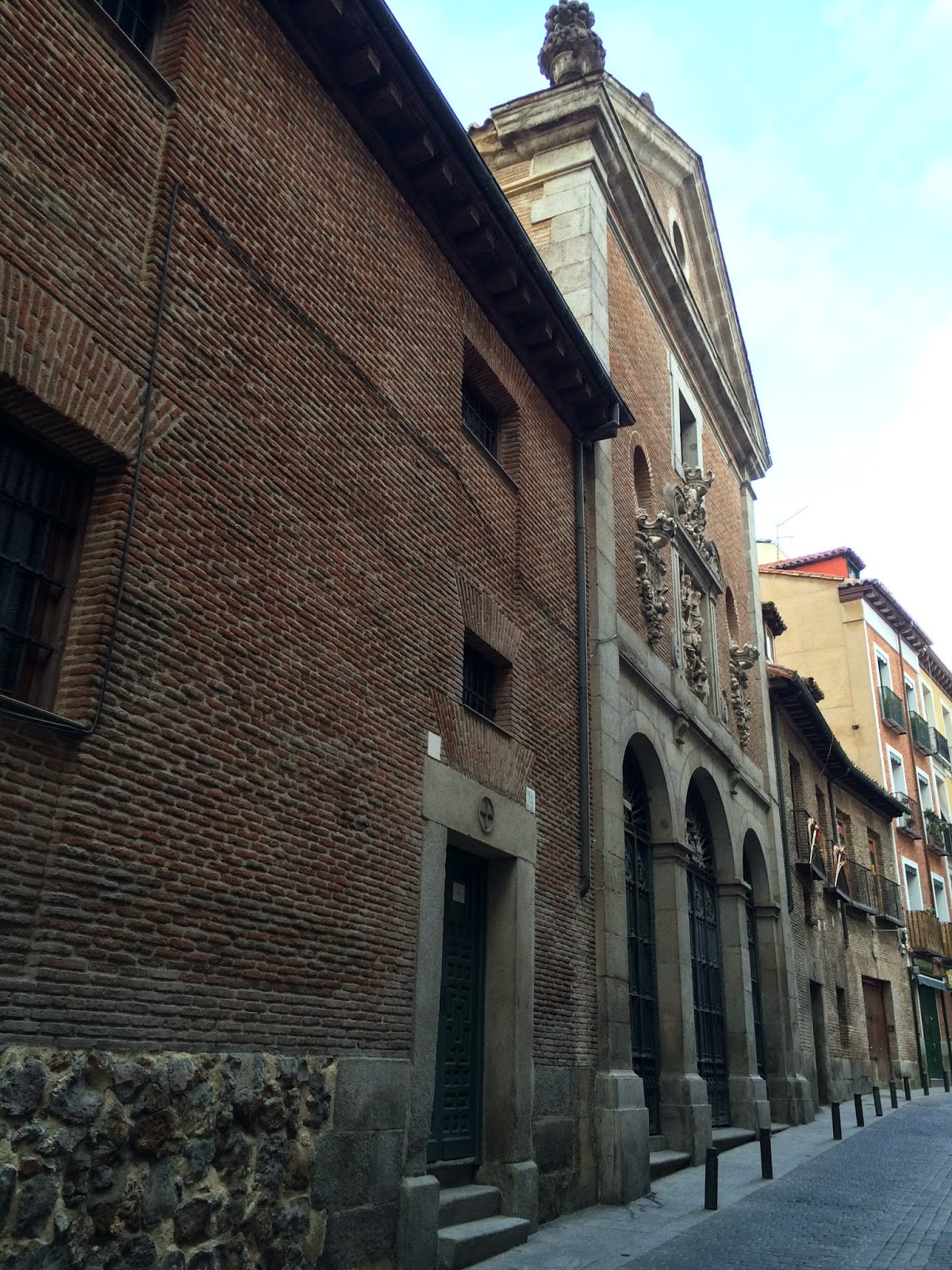 As part of my "you're stuck with the cultural history students for the rest of the semester" plan, I'm taking the class on a few field trips to take advantage of what's unique to Madrid and also to make it a little bit simpler to prep classes on topics that are well outside my area of expertise. Yesterday I took them to the archaeological museum, which was brilliant. I think they got a lot out of it, asked good questions, all the good things that you want to have happen on a field trip. I had them read a chapter of Maryam Rosser-Owen's Islamic Arts from Spain (conveniently available in Spanish translation) and we talked about the 19th-century cabinet of curiosities as a way of looking back at the past. We'll have one more field trip, and I was thinking it would be interesting to go to the convent  where they've just discovered Cervantes' body and use that as a springboard to talk about the reception of Cervantes in the 20th century, about the role (physical and metaphorical) of the author, and about concepts of national patrimony. 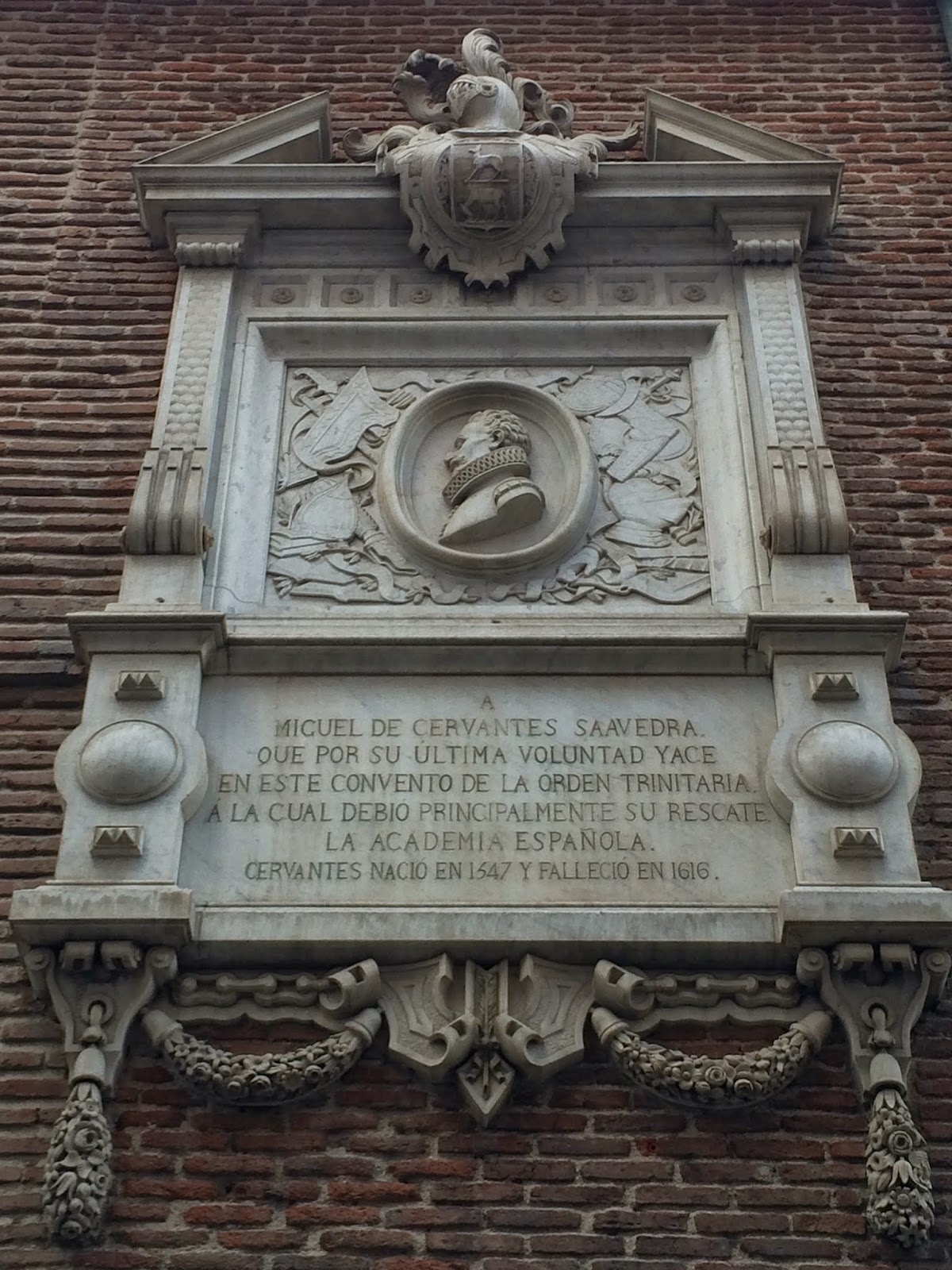 Our program's admin assistant called to make a reservation for the group to visit. She was told that since the archaeologists are still working on the site they are not having regular visiting hours right now; however, she was told, we were more than welcome to come during the half hour before morning Mass and look around. I went this morning to see in advance how feasible it would be and whether it was really worth taking the students there when they might or might not be able to see much of the archaeological site.

I went this morning at 9, when the church opened, sat for a few minutes and took it all in, and then walked around the chapel a bit. It's exactly what you'd expect from a convent of that period: a lot of gold, nails, and blood. 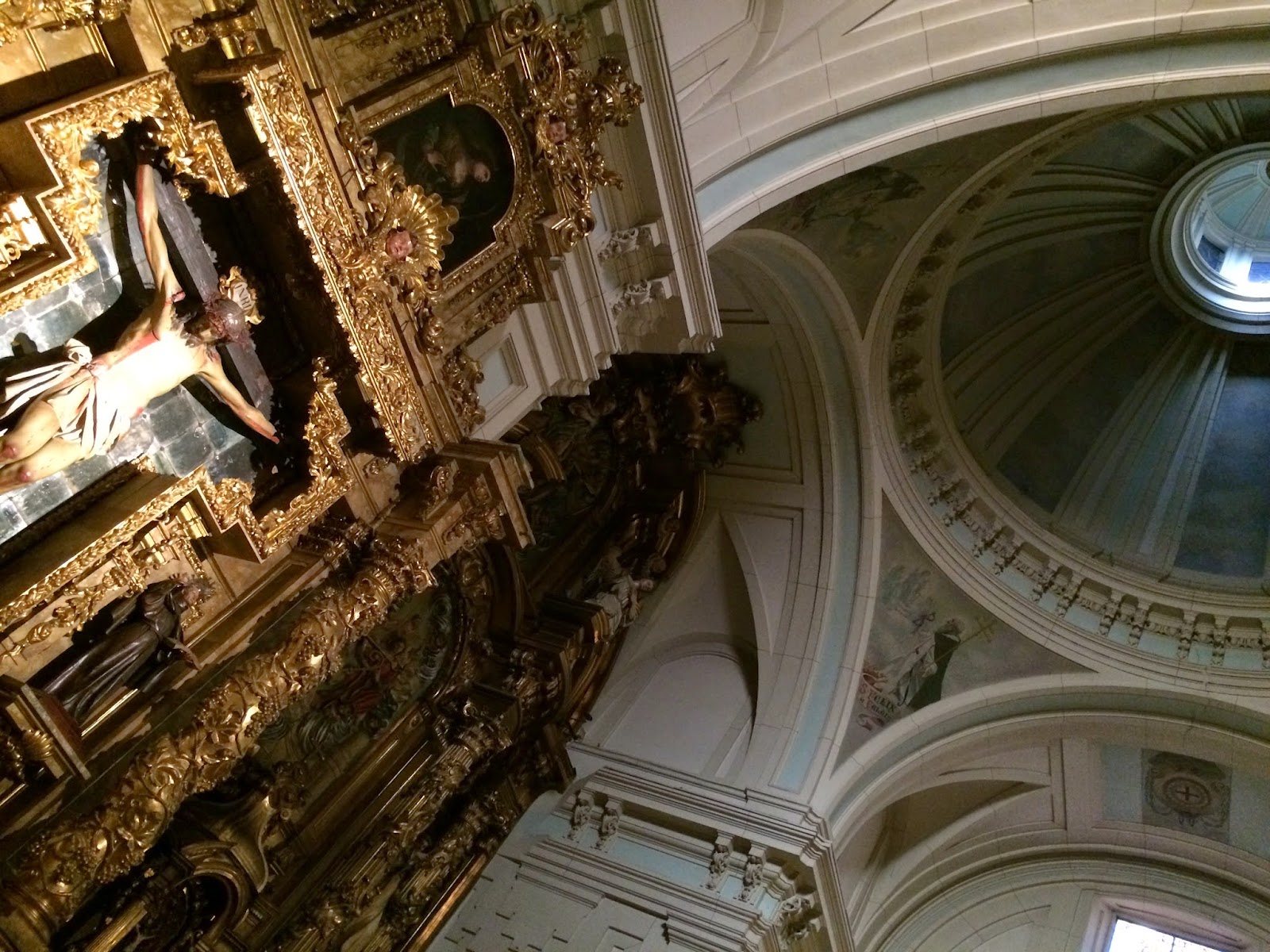 There was a room off to the left of the altar and through the grate you could see one of the priests putting his vestments on to prepare for the mass; and to the right of the altar, there was a door that opened onto a room with a few chairs. The door was wide open, so I went into it, thinking that perhaps I would be able to see the dig site in or from there. 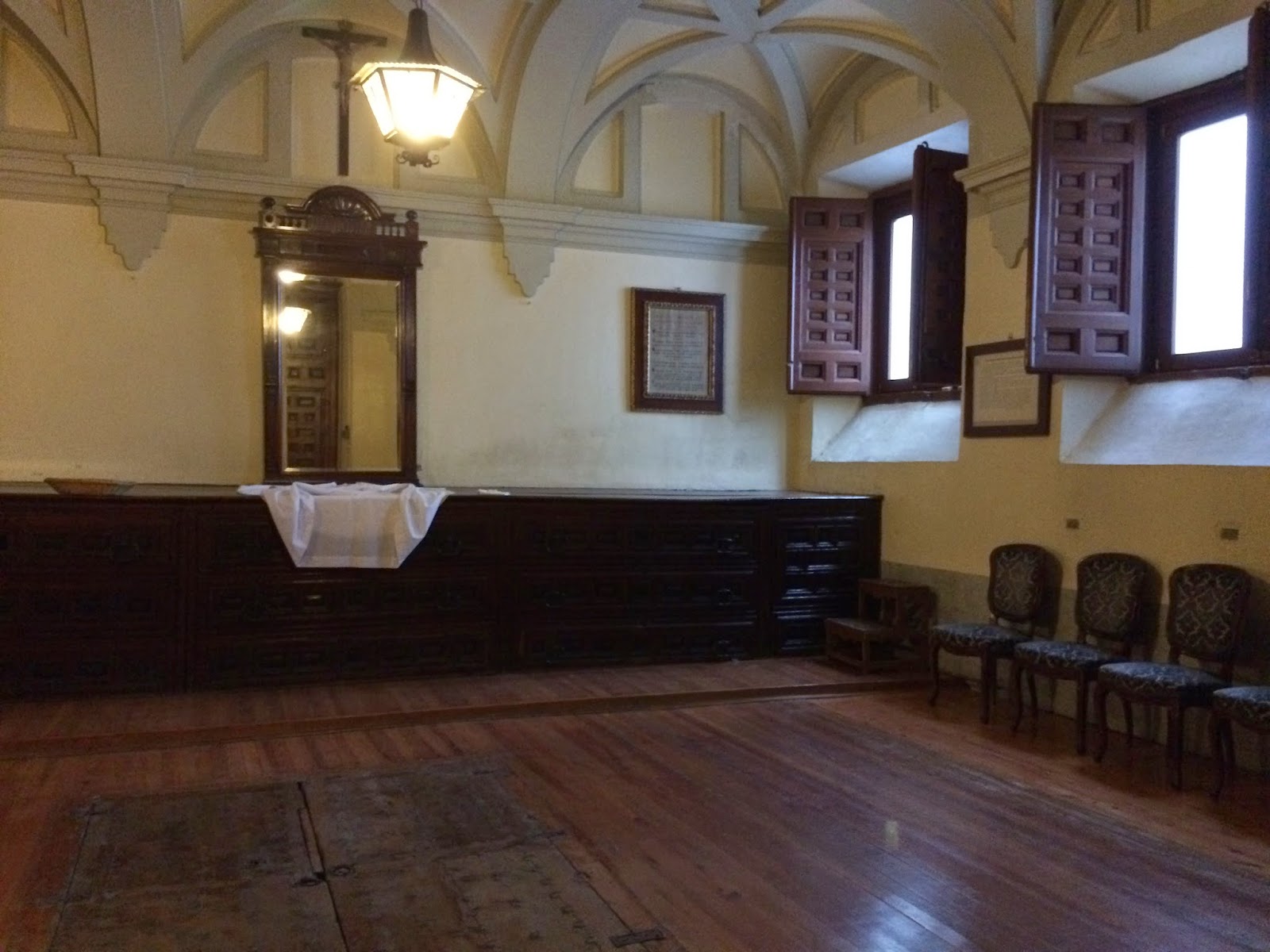 But the next thing I know, the woman who had opened the church, a lay person, was standing right behind me, demanding to know what I was doing there:

Me: Nothing, just looking.
Her: No, there is no nothing. What are you doing in here?
Me: I'm not doing anything.
Her: You opened this door. You can't just open doors and go into places.
Me: I'm sorry — I didn't know that I couldn't be in here, but I did not open the door. It was already open.
Her: Yes, you did open this door. I never leave it open. It is always closed. Like this. [She closes the door to demonstrate.] The minute I wasn't looking you came over here and opened the door!
Me: I'm sorry I was in there, but the door was open and I didn't know I couldn't go in.
Her: There is no sorry! This is unforgivable! And unbelievable! You have to leave right now!

Suffice it to say, I will be taking the cultural history students on a walking tour of important sites from the filmmaker Luis Buñuel's life instead.

I think that the most absurd thing is that it's a sixteenth-century wood building. Everything creaks. If you walk across the floor, it creaks. When the woman closed the door, it creaked. If I had opened it, that woman would have heard it creak, and presumably come running rather than just finding me there. That and the fact that if they're telling people that they can come look around during the half hour before mass, they do have to expect that people who don't necessarily know the norms of that particular church will come to visit, and should post signage accordingly (or actually be careful about closing doors they don't want open).

I feel terrible because it's not like I ever want to be disrespectful in somebody else's sacred space; it's also the first time, though, that I've been somewhere where there was no clear indication, either by the floorplan corresponding to what I know to expect or through signage, that I was about to enter a space where I wasn't supposed to be.

There's more to say about sacred spaces and national patrimony and the fetishization of authors' dead bodies, but I'll leave that to another post. I'm feeling a little too rattled to be thoughtful right now. I shouldn't feel bad about it, but I still take getting shouted at kind of personally. Perhaps that's the point, though — an illustration of fostering obedience through intimidation?
Posted by S.J. Pearce at 7:20 AM

Email ThisBlogThis!Share to TwitterShare to FacebookShare to Pinterest
Labels: cervantes, history of religion in action, in the classroom, madrid, nobody expects the Spanish Inquisition, spain