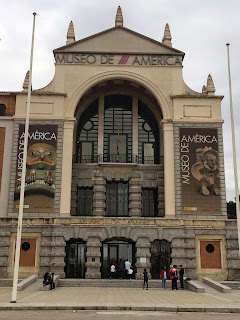 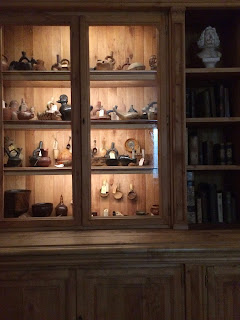 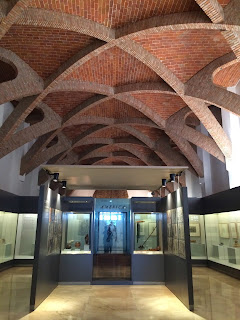 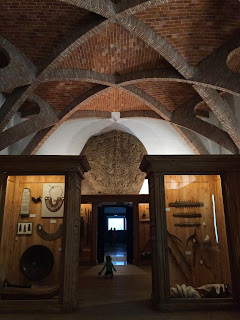 
The very first panel that you see when you enter the museum is this one, which begins: "The first observations about the American world were disseminated with the publication, in 1493, of the descriptions made by Christopher Columbus when he returned from his first voyage": 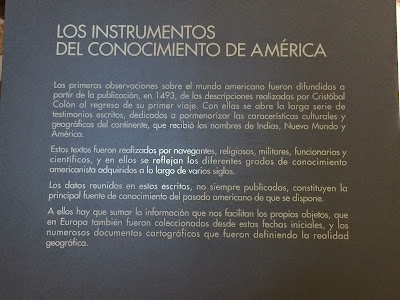 It is not until the very last gallery in the museum that you would find out, if you went in not knowing, that there were, in fact, American civilizations with writing systems who had made very detailed written observations about their own world: 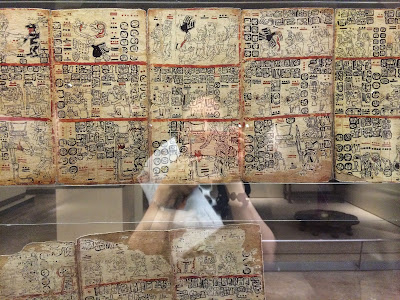 This might be the best collection of pre-Columbian American art I've ever seen. (I went several weeks ago already — the photos have been inexplicably trapped on my phone — and at the time I was completely bowled over, but now I'm back to thinking that the Met's collection might still be better.) But it needs some serious museological rethinking and updating.

When it introduces the idea of states as the basis of complex societies, it's talking entirely about the societies that produced the Baroque  cabinet next to the plaque and not to the states that existed before contact. 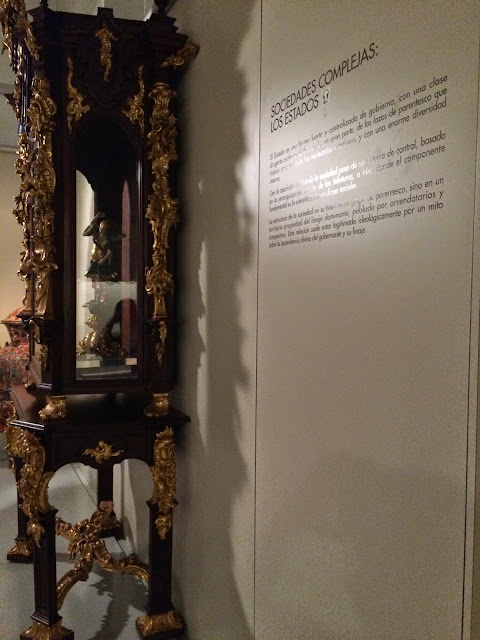 And the label for this collection of gold artifacts, clearly the jewel (no pun intended) of the collection, explains that they were a gift of the Colombian government. What does that mean, exactly? 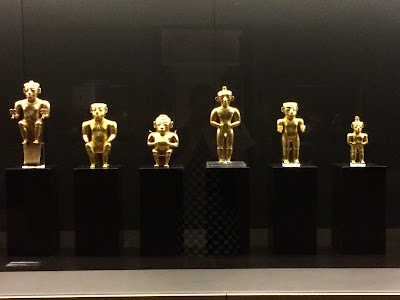 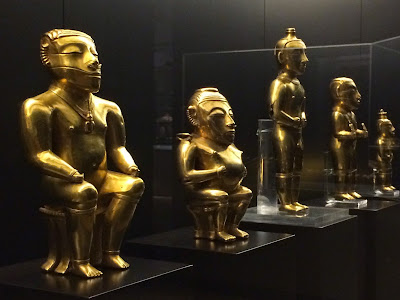 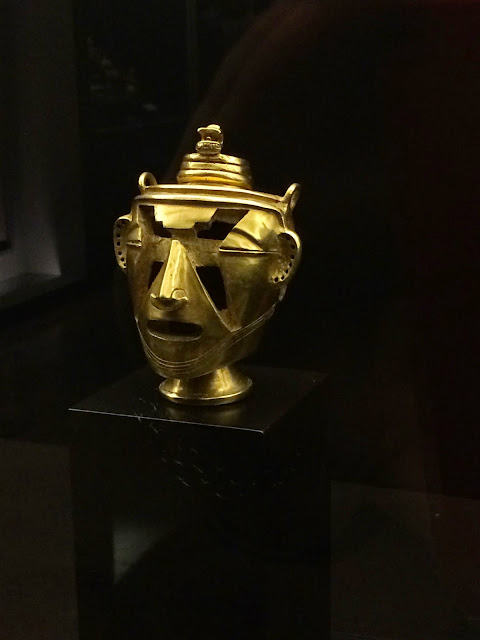