I have wanted to attend the Brooklyn Book Festival every year I have been in New York. It's an annual kick-off to banned books week, that I've never managed to get myself across the river to because, well, my own book. This year, since I'm really trying to strike a better balance between work and life, I took a few hours and went. 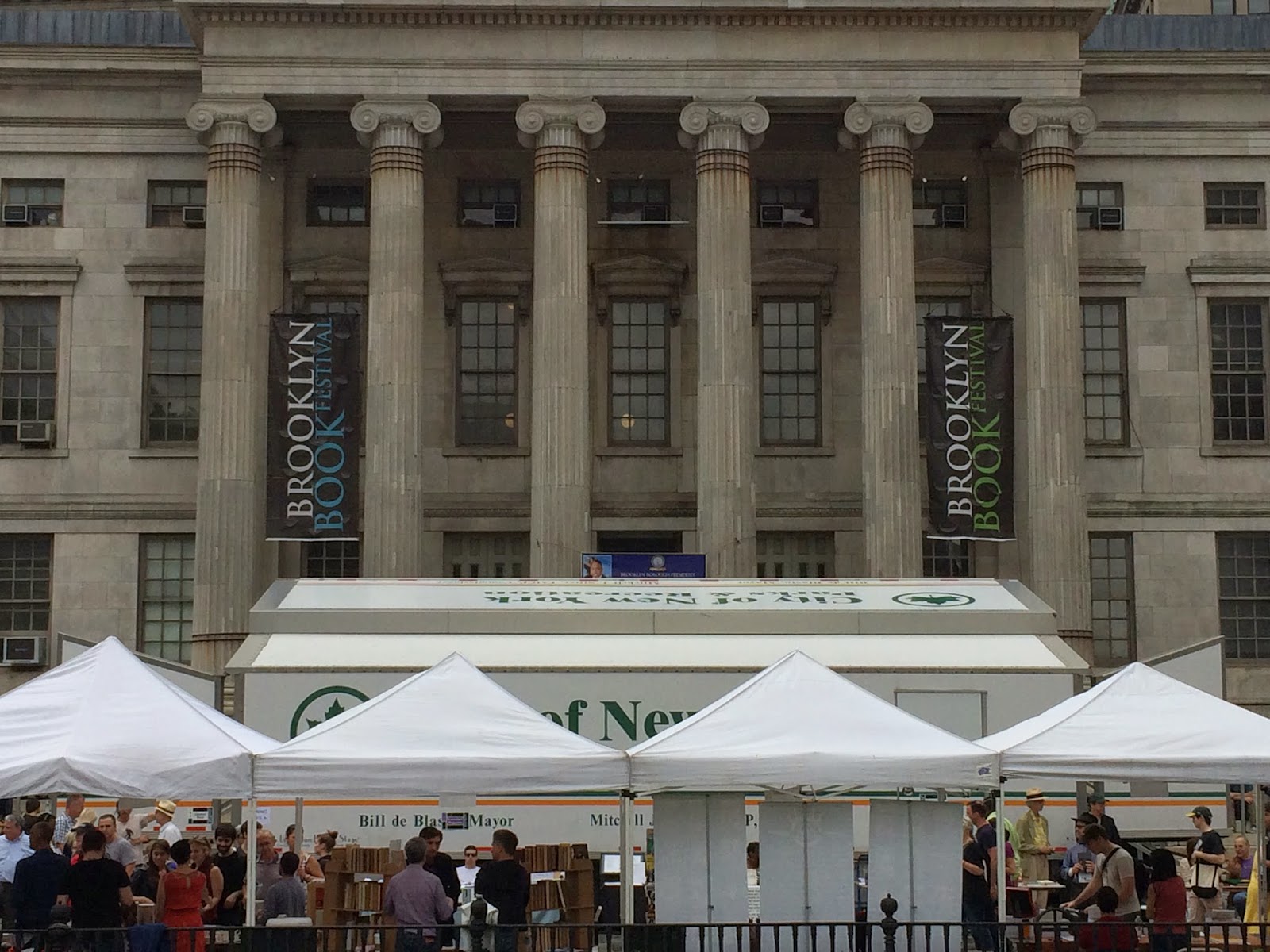 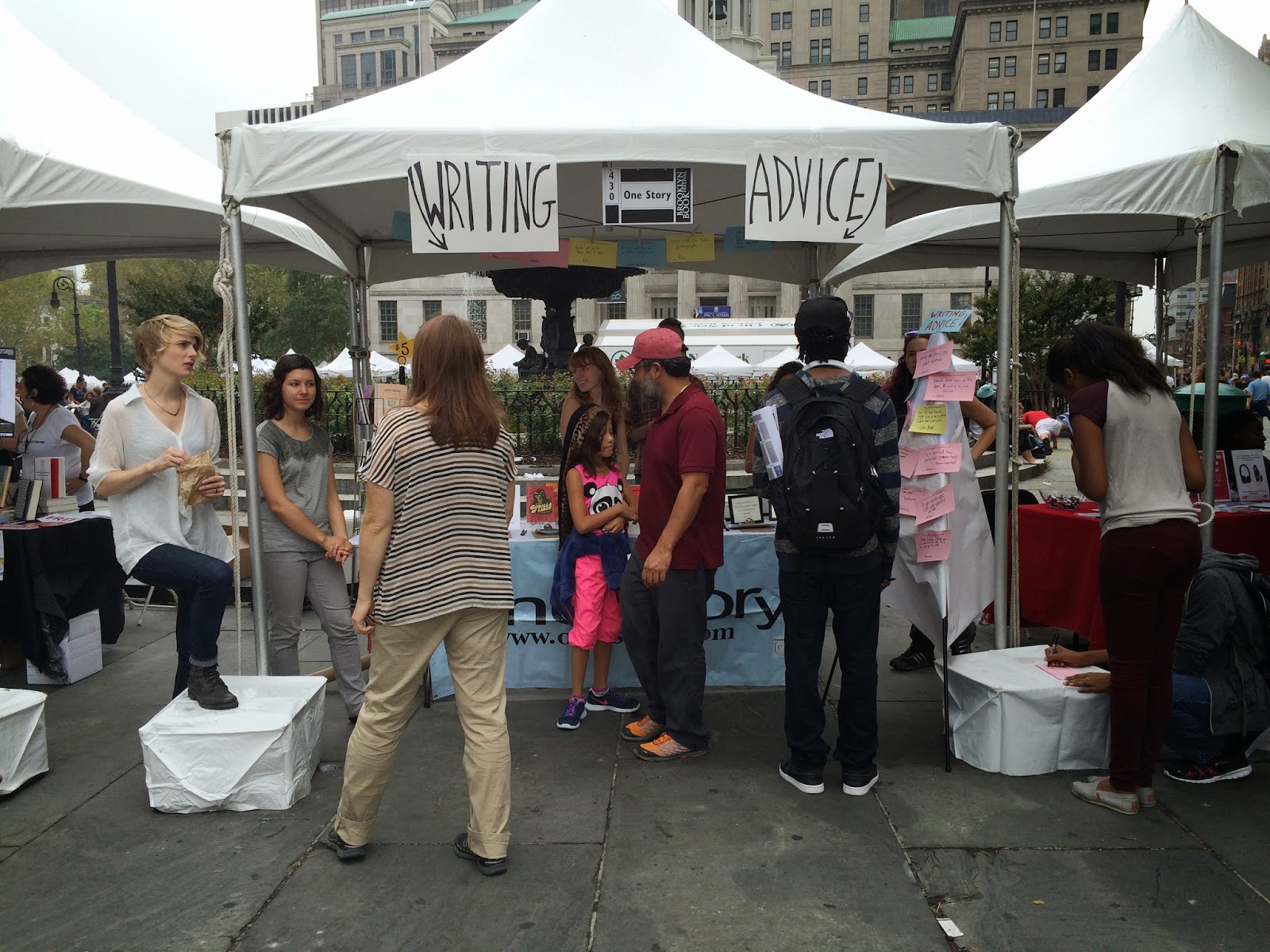 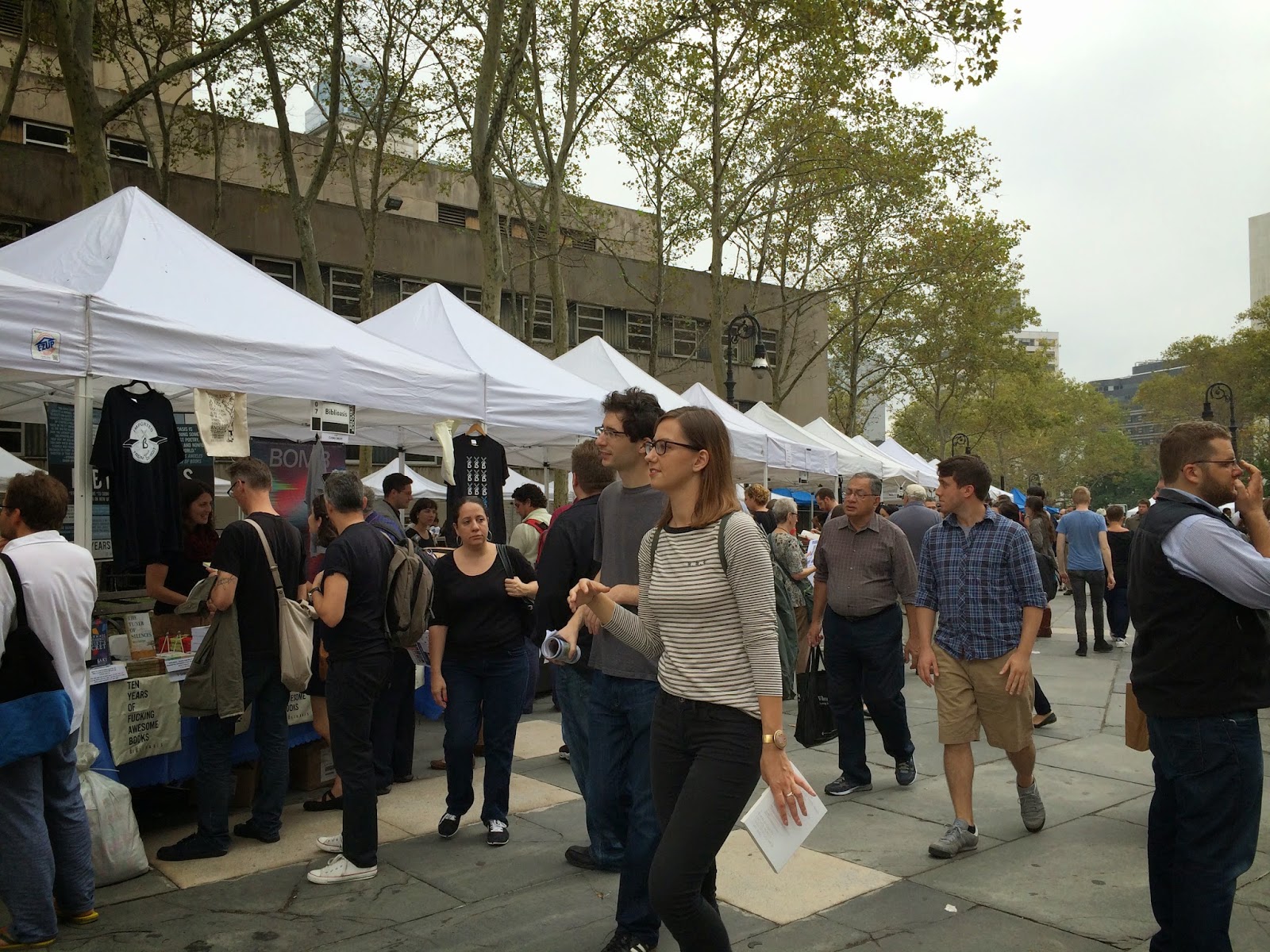 I bought these three books: 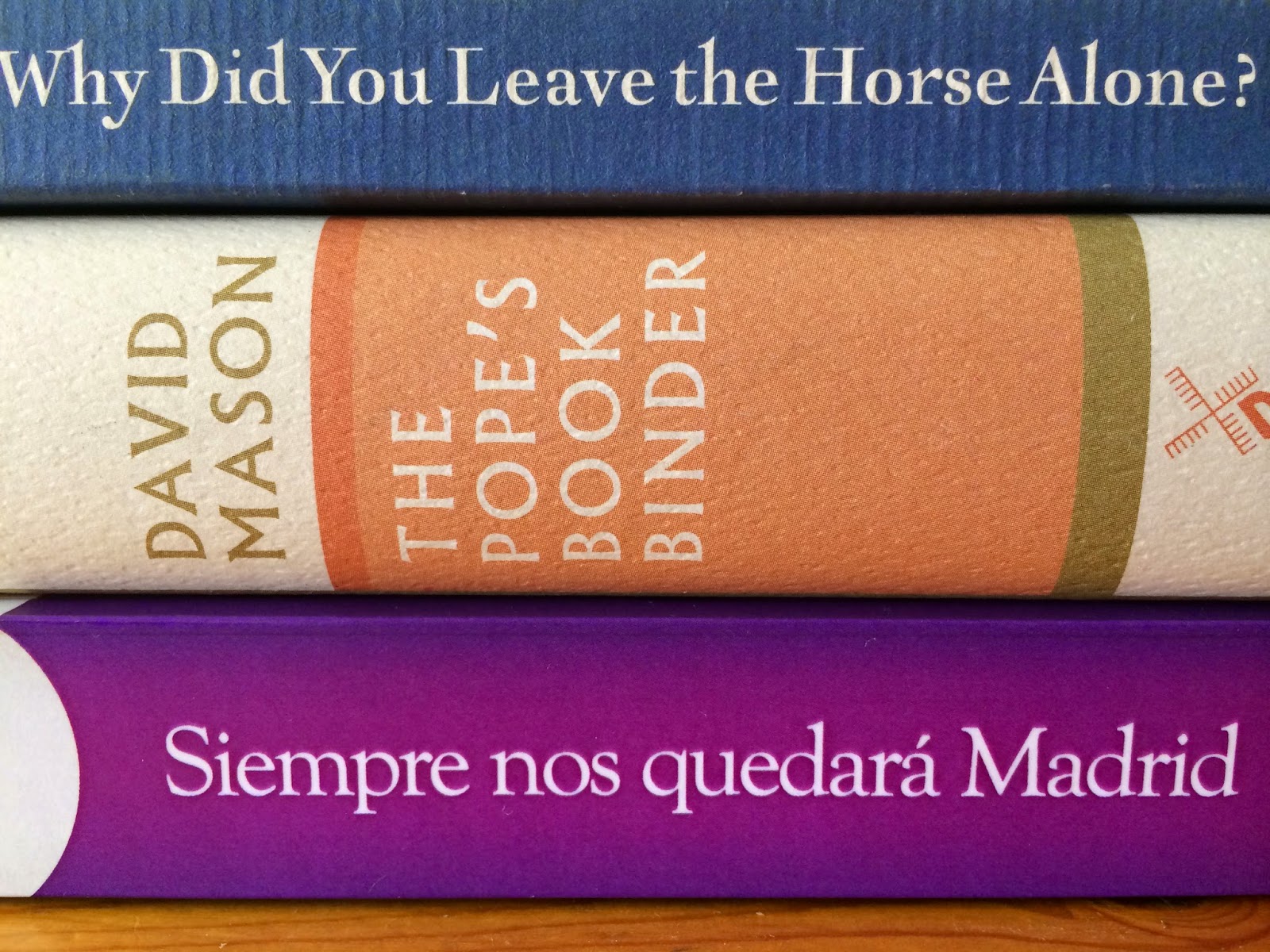 The top one is a bilingual anthology of Mahmoud Darwish's poetry. The book is a beautiful object, but I've already caught a pretty egregious typo in the Arabic of the first poem I opened the book to, so I'm a little less optimistic about the typesetting. The bottom one is a novel about Cuban exiles in Madrid which I didn't realize until I got home had been written by a language lecturer in my own department (and in view of the recent discussion in the Twittersphere about the high level of qualifications of many adjuncts, let me castigate myself: bad, oblivious tenure-track faculty member!).

The middle book is the one I"m most excited about. It's the memoir of a man who grew up as a bit of a rogue, learned the bookbinding trade in Italy and went on to become one of the most important antiquarian book dealers in North America. My conversation with the woman at the booth where I found this book went as follows:

Her: Do you collect antiquarian books?
Me: No, I'm a medievalist.
Her: [Stunned silence.]
Fin.